I waited for the elevator to make its way to the ground floor of the parking garage. It was one of those places in downtown Santa Monica that always smells a little like urine, even when it’s not hot outside. The kind of garage that always has a few lights blinking and crackling, threatening to burn out. The kind that makes you wish the sun were still out and that you weren’t by yourself.

The elevator arrived and I stepped on, followed by five men speaking very loud and animated Korean. They smelled like stale beer and cigarettes, and together we more than filled the small space. One of their arms kept brushing against my REI shopping bag, and another gave me a full body scan with his eyes. We had no air left for anyone else to breathe in that elevator, but I wished that someone else would join us. Someone who might make me feel safe.

We began our ascent, only to jerk to a stop and lurch down a few feet before we reached the third floor. The men exclaimed, “Oh My God” in English, while gazing at each other with panicked looks. When they then looked over at me, I smiled calmly, as if we weren’t trapped together in an elevator between floors of a Santa Monica parking garage, instead of driving our cars safely home.“Don’t let them see your fear,” the voice in my head whispered. “They need to think that you’re brave.”

I wasn’t. I was scared even before the elevator doors closed around us. I was scared even after we all got out safely. But I couldn’t let them see that. Maintaining that illusion of bravery felt crucial. If felt like it was all that I had.

When I was a kid, I needed everyone to see that I could do everything considered scary, and do it by myself. That meant not hesitating before diving off the high dive, running to the front of the line to ride the tallest roller coaster, or watching horror movies that secretly terrified me. Often it meant impulsive decisions with little regard for consequences. I was no adrenaline junkie; it was all about trying to manipulate people into seeing me as “brave”. To me, scared equated with weak, and that was unacceptable. Fast forward thirty years later and I’m still that five-year-old kid, yelling, “Look at me! Look at what I can do” from the high dive.

Last weekend, a stranger marveled at the fact that I could attend a friend’s wedding without a date. She could never do that, she told me, unsolicited. She would rather just stay home than ever go to a wedding alone. I was rendered momentarily speechless, as I so often am when someone else voices feelings I don’t want to admit to also having experienced. I quickly moved away from the conversation, eager to get away from her and her (our) fears.

Instead, I went home and rallied against that fear. I posted a status update to my Facebook page that I hoped would reinforce me as that brave, independent person I needed everyone to see.

“If I only went places where someone accompanied me, I would never go anywhere. Don’t be afraid to do the things you want to do because you don’t have a ‘date’. You are your own best company.”

I’ve written before about the importance of loving your life even if it’s not exactly what you pictured. How you can appreciate what you do have, and take advantage of all that comes with it. How traveling alone, for example, can be wonderful and even more fulfilling than traveling with a companion. I even quoted the song “Brave” recently, as a reminder of how important it is to speak use your voice. I know these things are all true.

But. The truth is always in the buts. The howevers. The excepts.

But they’re half-truths, at best. Words that are, indeed, true but that don’t begin to tell the whole story. It’s like stitching together patches of a quilt when you don’t actually know how to sew, and ignoring the holes you’ve left all over. I’ve stitched together this tale about being happy, self-sufficient and brave, while neglecting to mention all the holes throughout: loneliness; sadness; fear. There’s a quilt, sure, but it isn’t the truth.

The whole truth is that you can love your life, and still yearn for what is missing.

Sometimes, I take the easy way out, and I pick just half of the truth—the half that doesn’t make me look weak, or feel vulnerable. The half that feels good to post on Facebook. I’m still that little a kid putting on a show. Look at me! Look at what I can do!

It’s difficult to reconcile: being proud of what you can do alone, and desperately wanting to not have to do it.

I wrote earlier this year about how turning 35 meant letting go of a life I had imagined for myself and replacing it with something else, something I was already living. But the real truth there? (Again, the but). I stopped short of the part where I admit that even in my happiness, there is still sadness. That I do still want a husband, and I do still want children. I have accepted that I don’t have them now, and I have made my life work without them because that’s what I had to do. It wasn’t brave, or strong, it just was.

Because you adapt, and you let go, and you accept, or you won’t be able to get out of bed in the morning.

If I could go back and re-write that “Confession: I am 35” essay, if I could post it as a Facebook status with the whole truth, it would read differently. 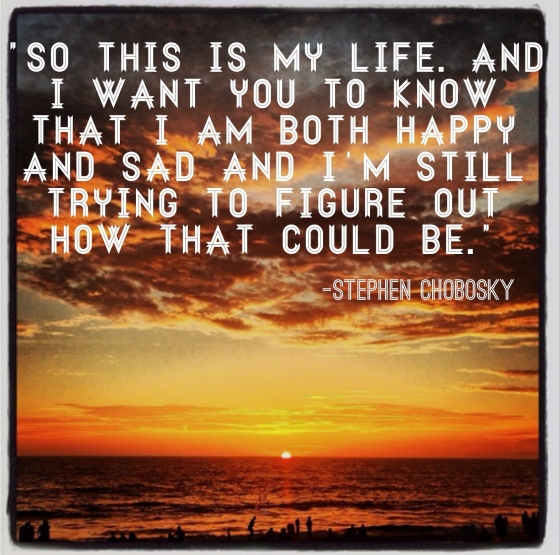